TEN IDEAS FOR FIGHTING HATE IN YOUR COMMUNITY

ACT - apathy will be interpreted as acceptance by the perpetrators, the public and — worse — the victims. Counter hate with acts of goodness. Host a neighborhood or community meeting. Speak up in church. Sign a petition. Attend a vigil. Offer your services and skills. Give your employees the afternoon off to attend a rally.

JOIN FORCES - Reach out to allies from churches, schools, clubs, and other civic groups. Create a diverse coalition. Include children, law enforcement, and the media. Gather ideas from everyone, and get everyone involved. A hate crime creates an opportunity for a community’s first dialogue intolerance. Bridge the gap between neighborhoods and law enforcement.

SUPPORT THE VICTIMS - Let victims know you care. Surround them with comfort and protection. Small acts of kindness — a phone call, a letter — can help.

SPEAK UP - Do not debate hate group members. Instead, speak up in ways that draw attention away from hate, toward unity. Spread tolerance through social media, websites, church bulletins, door-to-door fliers, and letters to the editor, and print advertisements. Create a “Hate Free Zone.” Educate elected officials, reporters and publishers about hate groups. Urge editorial writers and columnists to take a stand against hate. Promote “good news” when people promote tolerance.

EDUCATE YOURSELF - Understand the difference between a hate crime and a bias incident. Eruptions of hate generally produce either: apathy (“It’s just an isolated act by some kooks”) or fear (“The world is out of control”). Before reacting, get accurate information about those who are spouting hate.

PRESSURE LEADERS – Some elected officials need to overcome reluctance — and others, their own biases — before they’re able to take a stand. Support of local officials, police, college presidents, school principals, local clergy, business leaders, and others can help a community address the root causes of hate. Demand a vigorous investigation and prosecution of hate crimes.

STAY ENGAGED – The best cure for hate is a united community. Bring together people from different backgrounds and belief systems, and provide them with a safe space to share thoughts and get to know each other. Hold a human rights celebration. Begin discussion groups, book clubs, and library gatherings where people tell their stories, their immigration history, their experience with discrimination and their fear about revealing sexual orientation.

TEACH ACCEPTANCE - Bias is learned early. Reach out to young people who may be susceptible to hate group propaganda and prejudice. Examine your children’s textbooks and the curricula at their schools to determine whether they are equitable and multicultural. Expose your child to multicultural experiences by expanding your circle of friends and experiences. Encourage your children to become activists. Examine the media your children consume, from internet sites to thecommercials during their favorite TV shows. Openly discuss stereotyping and examples of intolerance when you see them. Model inclusive language and behavior.

DIG DEEPER - Look inside yourself for biases and stereotypes. Help address hunger, affordable housing, domestic violence, school dropout rates, and police brutality. How wide is your circle of friends? How diverse are the people who visit your home? How integrated is your neighborhood? Your child’s school? Workplace? Do you take economic segregation and environmental racism for granted? Do you have the courage to ask a friend not to tell a sexist or racist or homophobic joke in your presence? Do you take the time to listen and learn from other people’s experiences — especially people with whom you might initially disagree?

Over 150 people attended the town hall discussion  on the rise of hate, distrust and disrespect in our society.  This much needed conversation is just getting started. Help keep it going.

We share a challenge like never before. Our Democracy feels fragile. The time for activism, patriotism and unity has never been so evident.  Orange County Democratic Women remains committed to its role as the premier Democratic Women’s organization in the region. We are, and will continue to be, unwavering in advancing the message of Democrats in Orange County. OCDW’s legacy includes over two decades of supporting Democratic initiatives; recruiting and training prochoice women to run for office; helping prochoice men and women get involved in public service at all levels of government; creating and implementing winning strategies to elect qualified Democrats; and raising thousands of dollars to help endorsed candidates win elections. But our work is not finished. 2021 will be extremely challenging for Democrats at all levels. We plan to do our part. We hope you will join our efforts. Thank you for your past and future support.  ​ 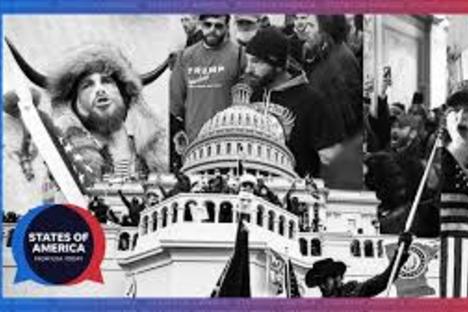 ​AMERICA IS BETTER THAN THIS!e.

​IT'S UP TO EACH OF US TO HELP BUILD BACK BETTER 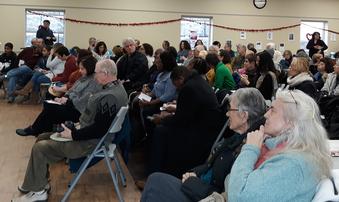