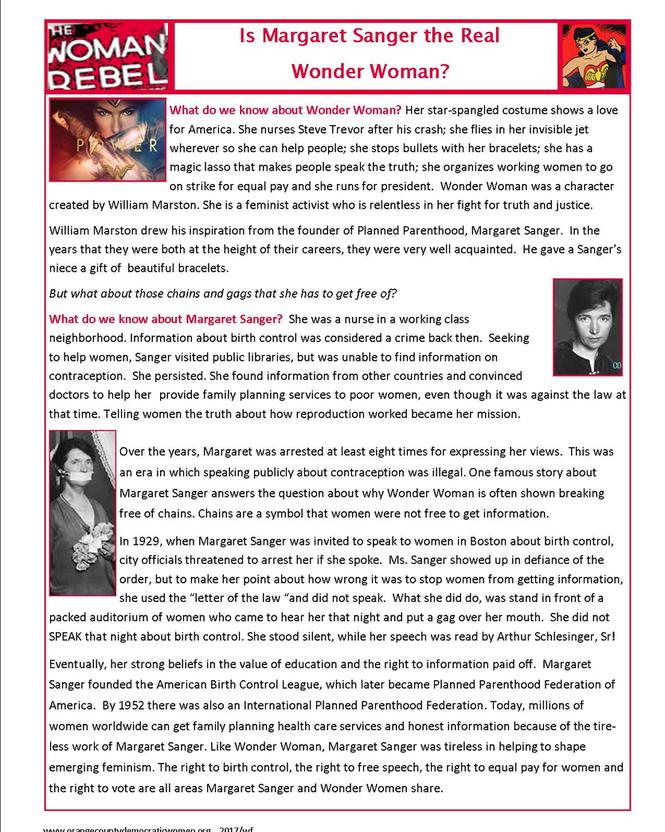 To be clear, there is no such thing as abortion during labor and delivery. Any suggestions otherwise are flat-out lies designed to spread misinformation. While Donald Trump continues his streak in dehumanizing women, we stand behind patients and families who face heart-wrenching pregnancy complications and the health care providers who serve them. It’s important to remember that the people scattering this dishonest extremist ideology have one motive in mind-- to ban safe, legal abortion in this country.

1.            The RHA brings New York State abortion law in line with Roe v. Wade, which safeguards women who should be able to access constitutionally-protected care late in pregnancy when an individual’s health is at risk or a fetus is not viable. (IN PLAIN TERMS: Women no longer need to travel out of state for abortions, and we should be talking more about what women and families go through in making these challenging decisions in the first place!)

2.            The RHA repeals outdated and unconstitutional criminal prohibitions on abortion, moving the regulation of abortion from the penal code in to the public health law, where it belongs. (IN PLAIN TERMS: Abortion is health care, not a criminal act.)

3.            The RHA allows Advanced Practice Clinicians (APCs) like nurse practitioners (NPs), physicians’ assistants (PAs) and licensed midwives to provide abortion care to align NYS law with modern medical practice. The 1970 abortion law only references doctors as providing abortion care because APCs had not been established as professionals at the time. (IN PLAIN TERMS: Health care has evolved a lot in 50 years and will continue to do so! We will evolve with it!)

The fact is, the RHA was an important and long-overdue step forward to protect our almost 50-year-old access to safe and legal abortion. With a federal government dedicated to attacking reproductive health care and Roe v. Wade in jeopardy --the same national protections that have governed our access to abortion care since 1973-- we could not wait any longer to adopt Roe’s protections in our state law.

To get more information on the RHA, including abortion facts, helpful articles and hints for talking with anti-abortion activists, please check out Planned Parenthood Mid Hudson Valley website.

WANT MORE INFO ON WHAT THE NYS ASSEMBLY IS DOING?

FIND OUT WHICH ELECTED OFFICIALS ARE SPONSORING BILLS.

click on Assembly Calendars, then the date and the bill will pop up.

Read the explanation of the calendar.

What People Are Saying About the Republicans Health Care Plan

The Republican bill hikes premiums by 30% for people with pre-existing conditions if for any reason – such as losing a job – they don’t have coverage for 63 days.

The Republican bill pushes people into high-deductible insurance plans and ends the ACA program that limits out-of-pocket costs to many working families.

The Republican bill ends Medicaid expansion and slashes state funding for the regular Medicaid program by radically changing the way Medicaid is funded. States will be forced to end coverage and eliminate health care services for seniors, people with disabilities, children and working families.

The Republican bill gives huge tax cuts to the wealthiest Americans and to drug, insurance and medical-device companies – it even has a special tax break for health insurance CEOs.

o Tax credits are not adjusted by local cost of living.

o At the same time, allows insurance companies to charge seniors up to 5 times as much as young people – current law is 3 times. Most people will get much lower tax credits and so have to pay more themselves for coverage – with moderate-income families, older people, and people who live in high medical cost areas seeing the biggest increases.

o Immediately eliminates the ACA’s requirement that individuals have insurance coverage and that employers with more than 50 employees pay for coverage.

o Ending the individual mandate, combined with keeping coverage for pre-existing conditions and lowering tax credits, will start an insurance market death spiral. People who are the sickest will scrape to find a way to buy coverage while others drop out, leading to higher premiums and more people dropping out.
Ends Medicaid expansion and cuts coverage for children and adults in Medicaid.

o Ends Medicaid expansion beginning in 2020, with some transition for people already enrolled.

o Ends federal funding for adults in Medicaid who are over 133% of poverty.

o Capping Medicaid will result in hundreds of billions of dollars in cuts to states.

o Ends the ACA’s plan that limits out of pocket costs for people with moderate incomes.

o Increases tax benefits of health savings accounts, which are usually high deductible plans that only work if you are rich enough to save money out of your paycheck.
Hikes health care costs for people with pre-existing conditions.

o Insurance companies must charge anyone who has not been insured for 63 days a 30% surcharge on their premiums.

o Sets up a “Patient and state stability fund,” which can fund state high-risk pools, for people who need costly medical care. The 35-year history of states attempting high-risk pools resulted in high-premiums, high-deductibles and long-waiting lists.
Huge tax breaks – $525 billion over 10 years – for the wealthy and for drug, insurance and medical device corporations.

o Ends the ACA’s taxes on unearned income for people with high incomes. The top 0.1% of households—those with income of at least $3.7 million a year—would receive a tax cut of about $197,000 in 2017, on average.

o Even ends an ACA provision that limited insurance companies from writing off high executive salaries.