WHAT DOES HE MEAN WHEN YOUR ASSEMBLYMAN SAYS HE SUPPORTS WOMEN? 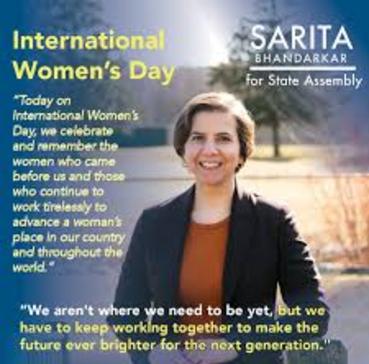 When a candidate asks for my support, I want them to be straight with me. Colin Schmitt says he supports women and families.I disagree.

His votes demonstrate a lack understandingthat women and girls, especially women of color, have been held back by institutional bias.

Assemblyman Colin Schmitt voted NO to a bill to establish a health care budget that would grandfather coverage under the Affordable Care Act in the NY Health Plan.  Covid proves how disastrous it is for families not to have good health insurance coverage.

Colin’s voting record lines up with his political party’s interests, not his constituents.

Colin Schmitt said he was for term limits. I agree.

I plan to vote for Sarita Bhandarkar (AD99). Her record demonstrates true advocacy for families, women, minorities, seniors, and the principle that constituents come first.