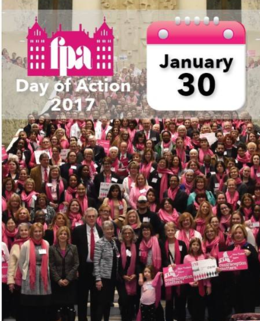 Board members from OCDW join a sea of pro choice advocates in Albany wearing pink scarves. Willa Freiband, Cathy Hilliard and Joan Hutcher prepare to set off to the NYS Assembly floor to watch the vote which passed the Comprehensive Contraception coverage bill. 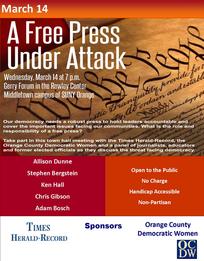 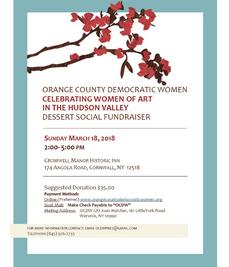 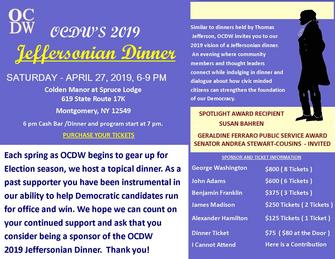 On APRIL 15 - We sponsored a protest  march in goshen, ny. orange county taxpayers demanded trump play by the same rules as everyone and show his tax returns.

GET YOUR BUSINESS SEEN BY HUNDREDS

ADVERTISE YOUR BUSINESS IN THE OCDW 2018 JOURNAL 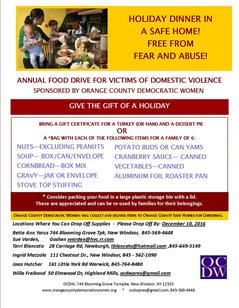 Editorial: The cure for hate starts with schools

Anybody concerned about the rise in hate crimes and hate speech, anybody who has wondered what to do, would have found comfort Sunday afternoon at the Chester Senior Center. About 150 people listened to a panel discussing the role that hate plays today in America and talked to each other about the next steps. Just the need to have yet another panel discussion on this topic, the notion that hate is so prevalent in our nation and our region, is discouraging. But the crowd was larger than the organizers, the Orange County Democratic Women, had expected. So that was encouraging.

And two of the panelists were high school students. That’s another encouraging sign because while there are many causes for   hateful behavior, one traditional remedy has been education, and both talked about how their schools are doing and what more can be done. If anybody doubted that we need more education on the topic, the stories relayed by the panel were both informative and alarming State police are investigating a fire in a building in Livingston Manor last month where firefighters who put out the blaze discovered many swastikas painted on the walls.

N’Senga Kinzonzi, a sophomore at Minisink Valley High School, talked about being the target for a vicious racist attack in a social media post. As she said at the time, “I was shocked and saddened ... But I thought that maybe he doesn’t know the history.               I decided to take an educational approach.”  And that was a theme that kept emerging during the afternoon. Talking to people who already agree may be comforting, but talking to those who disagree is more important. Information will not automatically change attitudes but it is impossible to have the kinds of discussion we need to have if all involved are not well-informed.

Recently the topic has come up in the United Kingdom where police reports showed that anti-Semitic incidents were at a record high for the third consecutive year. That news coincided with another alarming story, a survey finding that one in 20 people in the U.K. does not believe that the Holocaust took place. This does not necessarily mean that they are in the despicable category of Holocaust deniers, those who know the history and choose to distort its meaning. But it does mean that there is a large number of people who would be susceptible to such propaganda. Surveys in the United States report similar gaps in knowledge, one of the most recent the finding that 41 percent of Americans, two-thirds of Millennials, do not know what Auschwitz was. The same survey found that 11 percent of older adults and 22 percent of younger ones had not heard or were not sure that they had heard of the Holocaust and an even higher percentage in both categories vastly underestimated the number of Jews killed during that era.

Panels like the one on Sunday often struggle to define the next steps. While there are many possible, it seems obvious that schools are where we need to focus our attention whether that concerns confronting racist incidents or informing students about hate, its history and its consequences. 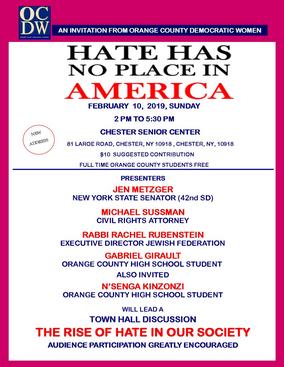 Announcing The Kickoff of an Orange County chapter 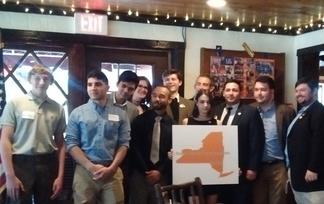 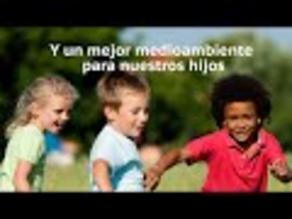 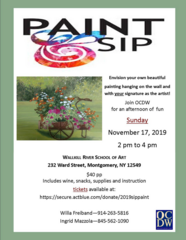 OCDW will showcase your business, service or message in a commemorative  journal, in the Advertiser’s Digital Presentation at the Gala, and will provide prominent placement on our highly frequented OCDW social media pages.

featuring the amazing stories of: